The concept of the Euclidean Rythms dates back as far as to the ancient greek mathematician Euclid, who came up with one of the first Algorithms on earth. However, some thousand years later it was found out that they actually come in quite handy to create pretty much all of the Rythms we know. Based on this discovery those three Tüftlers built not one, not two, but three machines wich do exactly this: Create Rythms. Well, you might say, a Drummachine, i heard that before. But they didn’t stop there. Bored of watching musicians hiding behind their Laptops, leaving the audience puzzling around what is actually happening over there, they decided to take the sound production outside and in the old fashioned way: Accoustically. All kind of found objects, hacked gear or selfbuilt tools are triggered by those machines, and will take the audience on a polyrythmic journey. 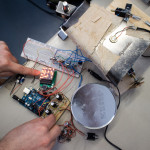 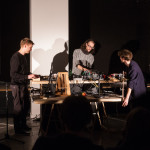 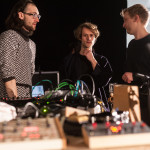 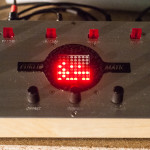 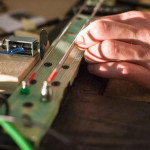 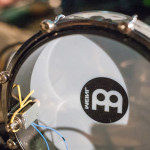 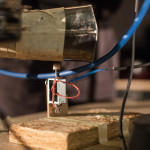 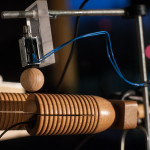 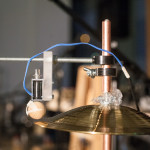 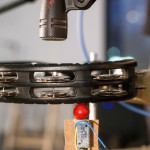